Views : 228
Update time : 2021-06-11 10:27:20
Look At The Industry Trend From The Development History Of Electric Tailgate
The "intelligent electric tailgate" that can be controlled in multiple forms and opened and closed automatically has become the most advanced form of the current development of automobile tailgates. Reaching such a "superior level" benefits from people's higher requirements for car comfort, convenience, and intelligence.
Under the premise of such market demand, smart electric tailgates have received higher attention no matter in front-loading factories or after-loading companies. Therefore, combing the development history of automobile tailgates guided by market demand will help practitioners to see the current industry development trends.
From machinery to intelligent innovation and upgrading never stop
Throughout the development history of automobile tailgates, it can be roughly divided into the 1.0 era of mechanical keys, the 2.0 era of remote unlocking, the 3.0 era of only opening and not closing, and the 4.0 era of the fully automatic intelligent electric tailgate.
The smart electric tailgate in the 4.0 era solves the embarrassment of forgetting to bring the key and the key is stuck and cannot open the tailgate in the era of mechanical keys. It avoids the trouble of opening the tail box because people are holding things with both hands, and the car owner is short and closed. The tailgate was strenuously embarrassed. 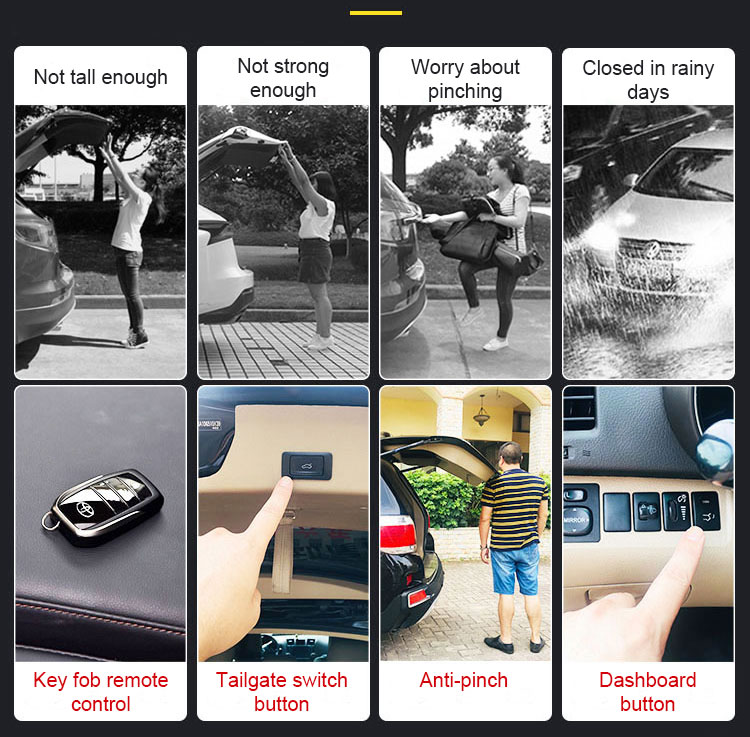 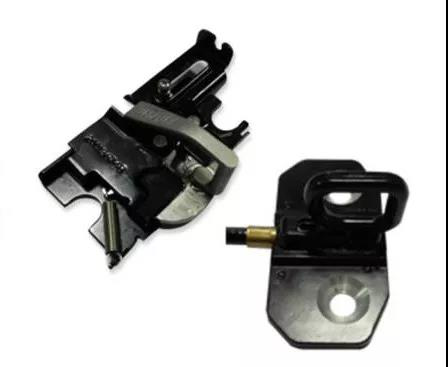 The upper suction lock used by our company has the following product characteristics: one-piece lock structure, simple installation, no need for adjustment. It has the advantages of smooth operation, low closing sound, and a gear structure not easy to break. 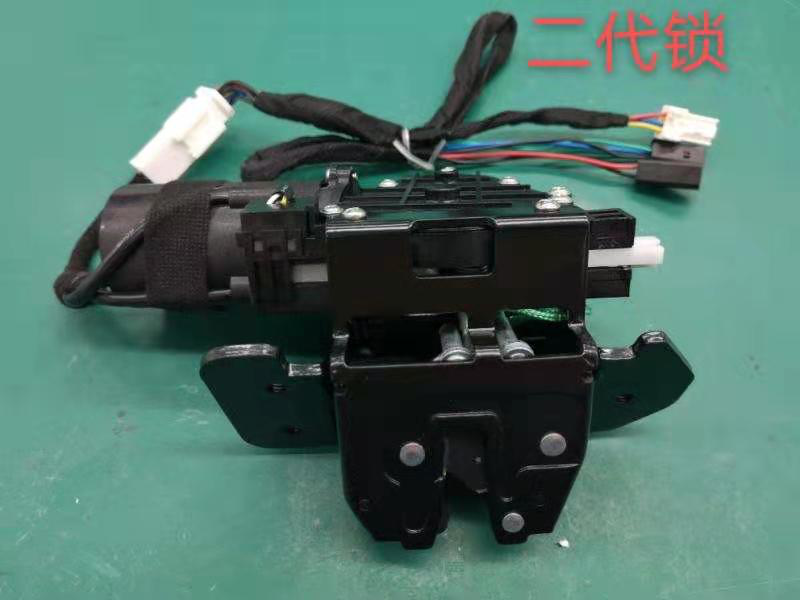 ECU control system:
As the "intelligence" of the intelligent electric tailgate, its role is self-evident. The general electric tailgate adopts the ECU composed of conventional ordinary material components. The characteristics are as follows: there is a complex environment that cannot be recognized, and the anti-pinch force will continue to increase in sloped areas. It is also compatible with the original car computer. Compatibility and communication have problems such as freezing, reporting errors, and even burning the motherboard, and there are hidden safety hazards during use.
Our ECU has the following advantages: it adopts imported electronic components of vehicle regulations, can optimize the tailgate switch according to the environment, and is compatible with the trip computer to the greatest extent, and maintains real-time communication, ensuring that the electric tailgate system is safer and more reliable.
The aftermarket is characterized by fast product iterations. After several years of development, with the feedback of products in practical applications, the first generation of electric tailgates has completed its mission to quickly introduce categories to the market. A new generation of electric tailgates with better quality, technology, and user experience has gradually become the mainstream trend of market expansion.
Changes in market competition brought about by a new generation of products
Although the electric tailgate looks very simple, in fact, it has a certain technical threshold. It is not a matter that a company can find a solution provider and add some work. The second-generation electric tailgate is the withdrawal of the industry's technical threshold. Enterprises without certain financial strength and technical strength will inevitably be shuffled out.
In addition, as an in-vehicle electronic product that requires the heavy installation and after-sales service, it also has higher requirements for the soft power of enterprise professional services, and the strength of service capabilities will also determine the survival of the fittest in the market competition.
In summary, the new generation of electric tailgates is iteratively upgraded due to user needs, and higher quality, technology, and service requirements have also turned industry market competition into a competition for corporate comprehensive strength.
Previous : The Latest Technology Of Electric Suction Door 4.0 Released Next : Development History Of Electric Tailgate
Related News
Read More >> 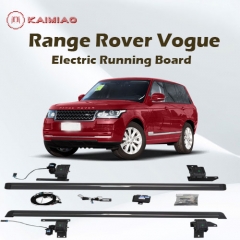 Everything You Need to Know About the Electric Running Boards
Sep .01.2021
Electric running boards of the cars are necessary for getting on and off high-chassis vehicles (SUV, commercial vehicle, off-road vehicle, pickup, etc.).
Car door soft close
Aug .18.2021 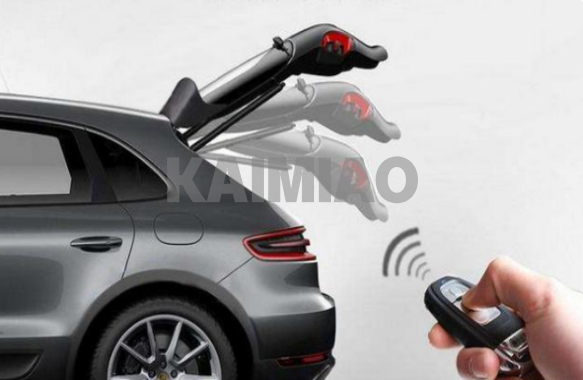 How convenient is Electric Tailgate?
Aug .18.2021
The electric tailgate is a set of brand-new car intelligent systems. The driver can control the opening and closing of the car tailgate through the key, the tailgate switch, and the main driving switch.
Electric Tailgate Boot Lifter Industry News
Aug .16.2021